My travel piece in the largest newspaper in Canada 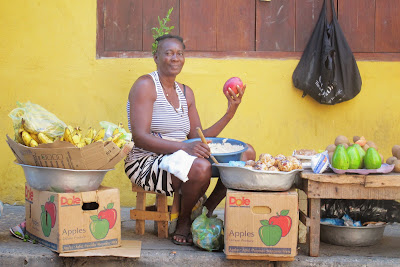 On our way to Aracataca, Colombia, we pass a Cartagena street food vendor, who agrees to a photograph after sizing up the photographer. The hat she is wearing is made from the "Amansa hombres" weed, she says. "It tames men."